There are certain subsets of moms who make me feel terrible. You know the ones?

Organic-food-only moms (I feel their judgment while I sheepishly microwave a plate of chicken nuggets.)

Homeschool moms (But then we joined them and now they’re officially my favorite.)

Anytime I’d hear a mom share that their household belonged to an aforementioned group, I’d suddenly feel judged and awkward. Reality proved that there was no judging happening from their end, but my own inner critic had me rolling with stress. “They must think they’re better than me,” I’d assume, wrongly. It turns out those mamas had just found a lane, a way to operate their homes, and apparently the payoff was worth the sacrifices. Turns out, they might be onto something.

On a sunny day in January, I accidentally became a screen-free mom. What caused this sudden change in household operating procedures? Why switch from a reasonable 1-2 daily hours of kid-screens to zero?

After running errands on that fateful day, I opened our front door, where my six-year-old greeted me with, “Can I play on your phone?” Not “Hi, mom!” or “I missed you!” But more like, “Hey gatekeeper of electronics, gimme my fix!”

I had always noticed my kids’ behavior was a little wonky after their hour of screen time. Of course, all siblings have their arguments. But the post screen-time fights were starting to look like the Itchy and Scratchy Show. Like the sibling arguments of my youth, but on steroids. They never fought like this after working on a puzzle together. They never threw age-inappropriate tantrums when I told them to stop reading their book and come for dinner. Something else was happening, so I pulled the plug completely.

The kids received the news terribly. Remember in Lord of the Rings when Gandalf falls into the pit with the dragon and we are certain he is gone forever? Remember how Frodo, Sam and company weep and wail and mourn? That was basically the response from my kids when we told them about our screen break. I maintained my composure and resolve—outwardly at least. On the inside? I began to panic.

“Two weeks without any video games, YouTube, Netflix or tablets?! What have I done? Do I hate myself? These kids are going to be whining and asking me to entertain them all day long. Worst mom-move ever.”

Except that it wasn’t. I dreaded what the next morning would bring. But my dread turned out to be unfounded. Because my five kids, ages 3 to 9, simply found other things to do. They played Lego, built couch forts, taught each other card games, drew pictures, and read.

The fighting was brought back down to non-steroidal levels. It was like we had flipped a switch. My mind was blown. The two-week screen break turned into a five-month screen break.

After the climate of our home was transformed, we decided we would never go back to our pre-detox habits. Our kids currently enjoy occasional family movie nights, watching football games with Dad. We still love technology, in its proper place—as a tool for our family to connect and create. Daily, isolated screen entertainment consumption is no longer part of our family’s culture. It has improved my kids’ relationships with each other, grown their attention spans, and has nudged them outside, where they started their own football league. (One perk of big family life.)

Maybe your home has adopted a perfect screen/life balance. If so, that is fantastic! But if something in your house feels awry; if your kids seem grumpy, ornery, argumentative, unable to pay attention for long spans of time…they might benefit from a screen break.

As a convert to the screen-minimal lifestyle, I encourage you to try it out. No judgment cast.

If you have ever digitally detoxed your kids, I’d love to hear how it went! If you’ve considered it but haven’t yet pulled the trigger, what’s holding you back? 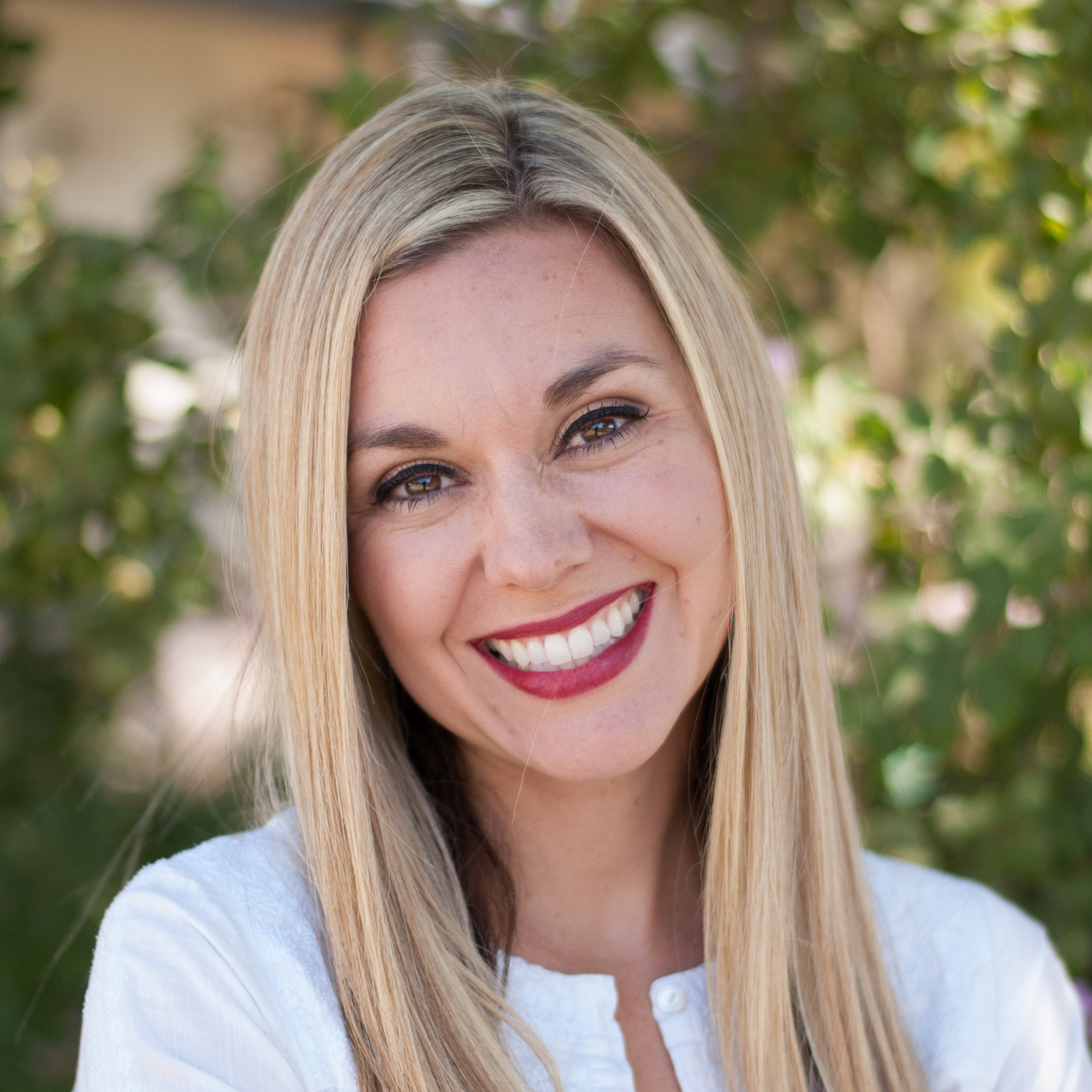 Molly DeFrank is a mom and foster mom to five kids under ten. She writes about faith and motherhood—the hilarious and the hard; the fun and the maddening; the beauty and the blunders. She loves to share encouragement and laughter with women just like her. You can find her on Facebook, Instagram, or her website, www.mollydefrank.com.

I’m a wife, a mom of 2, and no stranger to that feeling of constant overwhelm, always feeling like there’s never enough time in the day. I’ll be honest and tell you there are still days where I feel that way.

But I’ve also learned what it looks like to simplify that massive to-do list, and the peace that comes from knowing that life is MORE than just that list!

And that’s where the joy is – hanging right there in the balance.

That joy can be yours, too. I believe we all need true, Biblical encouragement, partnered with practical, step-by-step help for managing our day-to-day lives.

Not just the WHY, and not just the HOW, but both, blended together in a way that actually works in our real, messy lives.

Join me in this simplified approach to home + faith. One that anchors us in God’s Word AND helps us manage our busy lives with a little less stress + a lot more joy!! 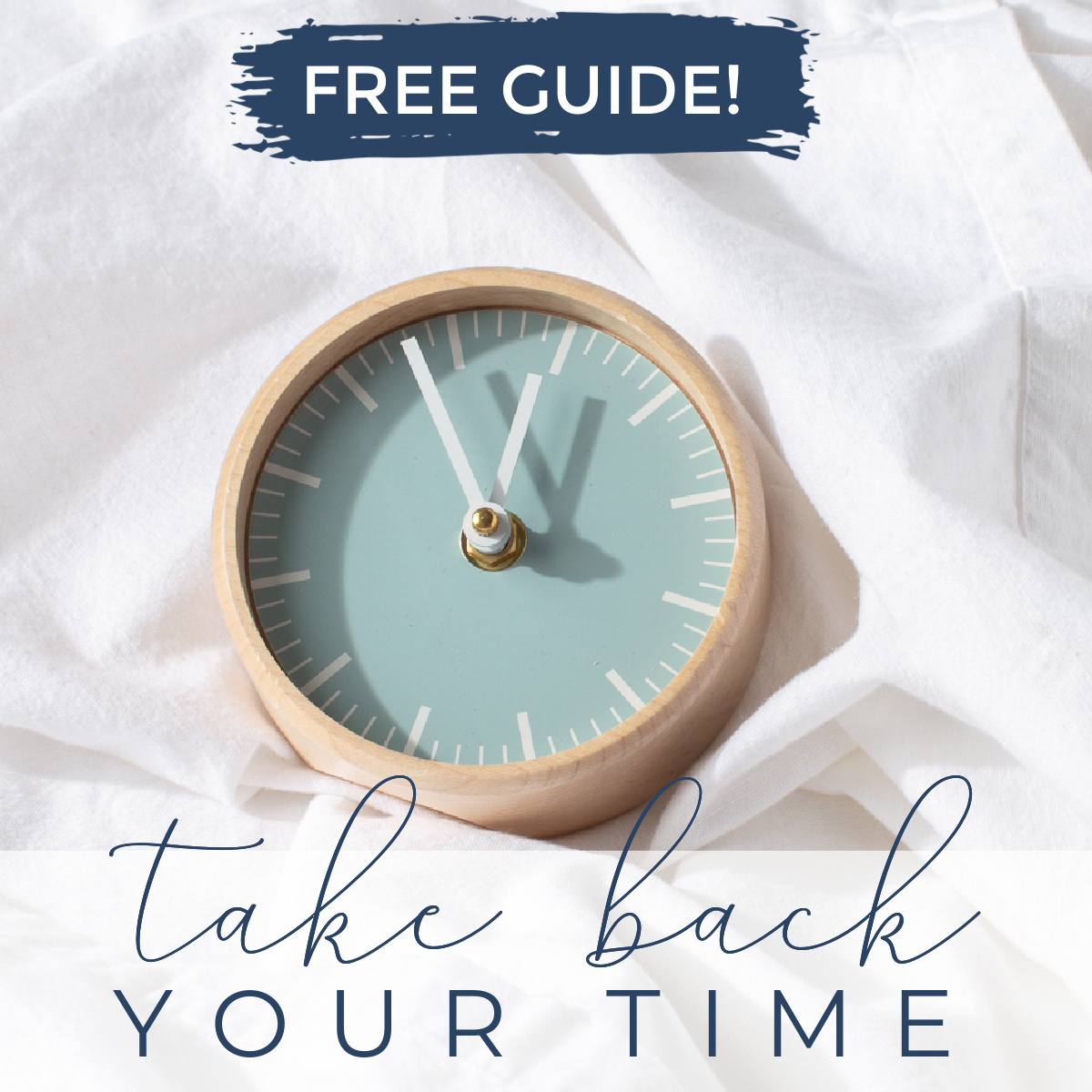 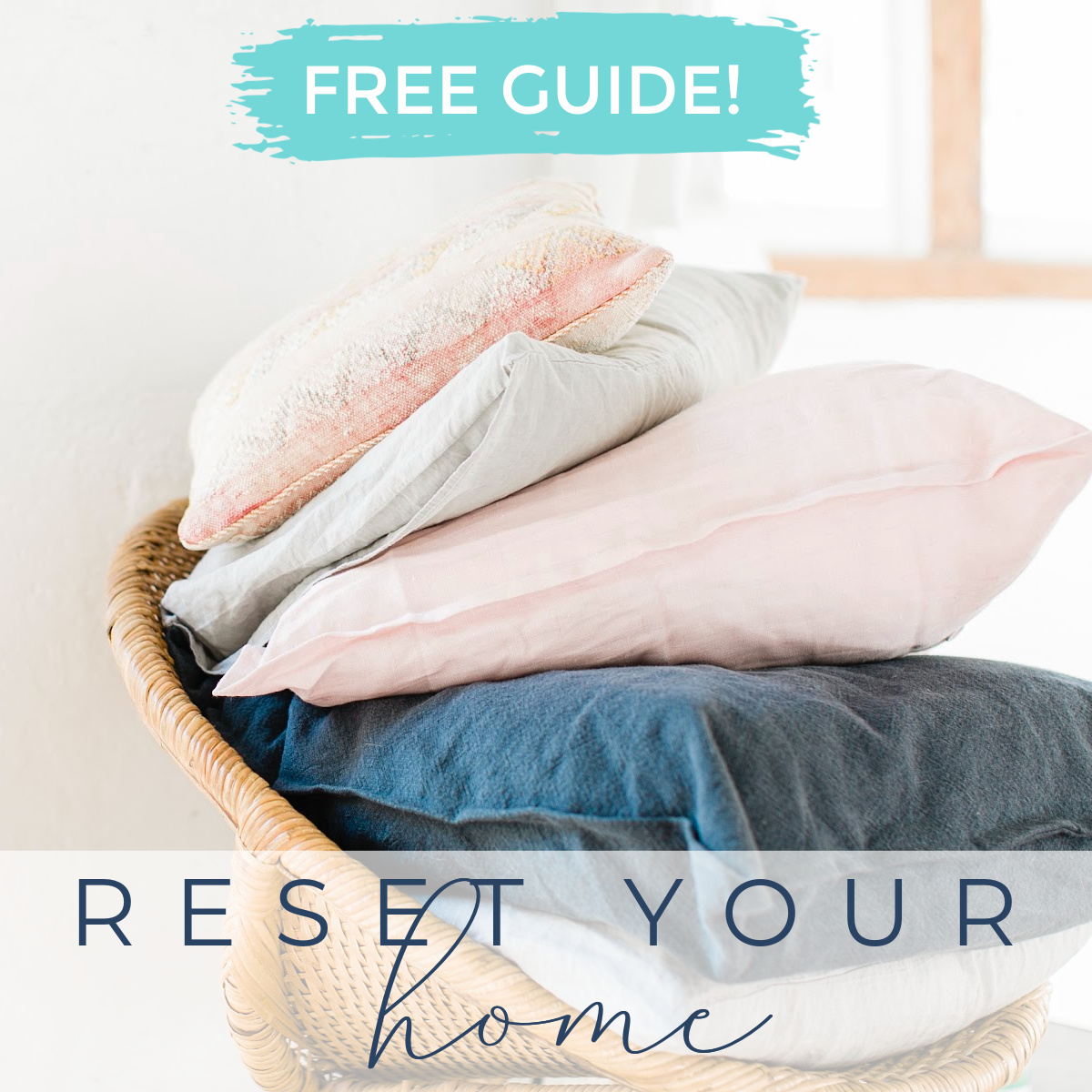 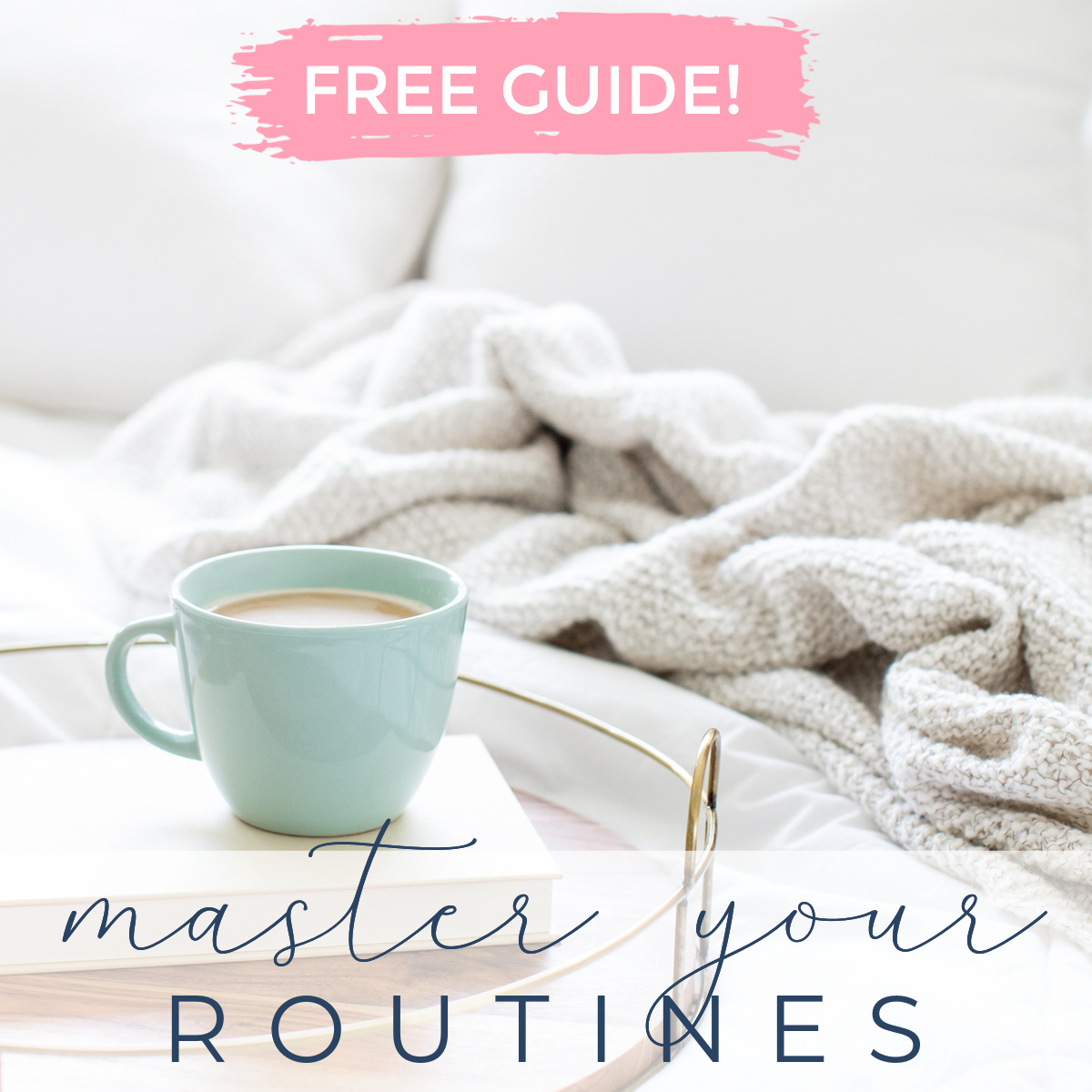 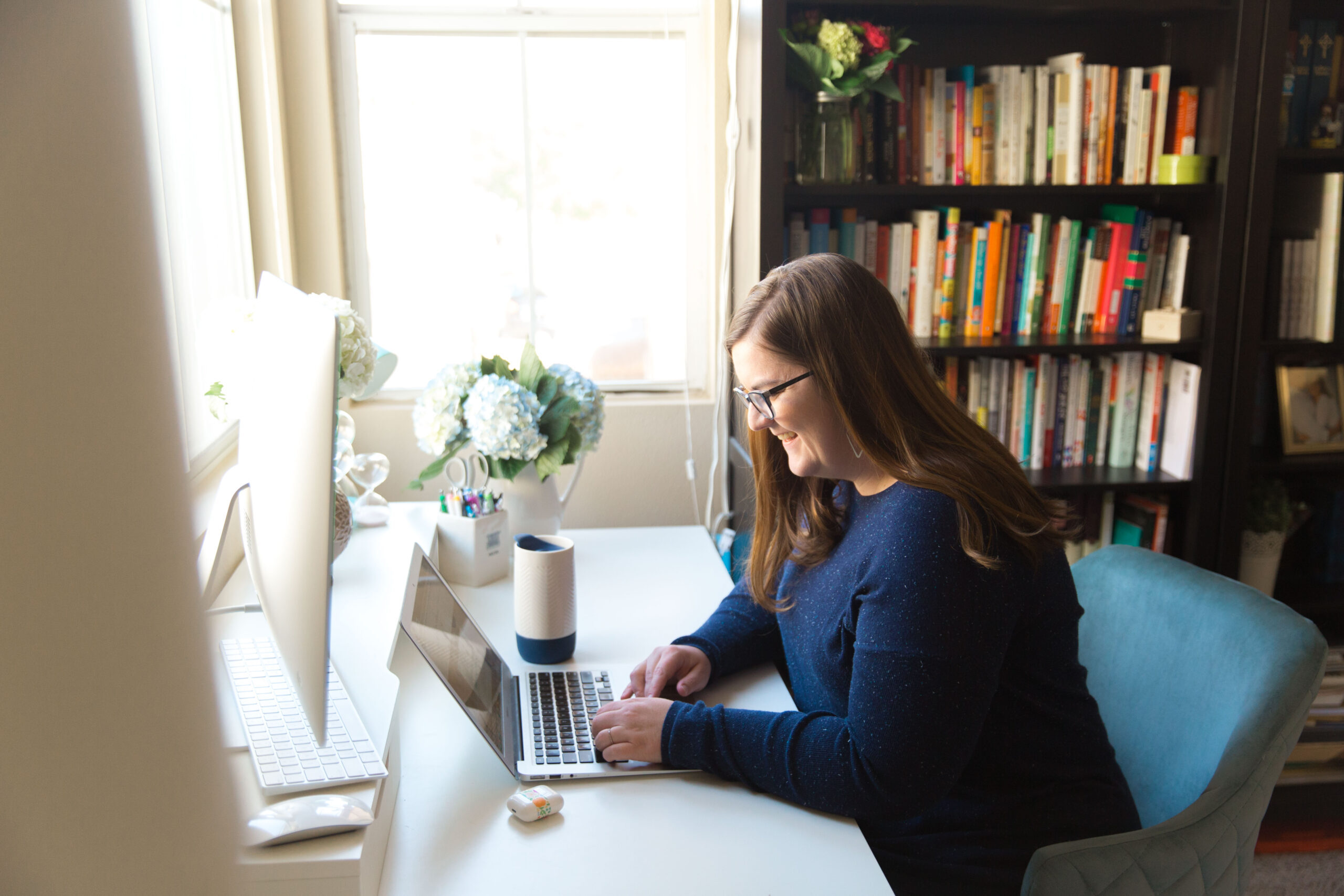 Friend, no matter how overwhelmed you are right now, we are SO VERY GLAD you’ve landed here!

Join us as we anchor our lives in Christ, even while managing all the things on that to-do list. There is joy to be found in it all, and you're not alone. I'm here to encourage you along the way!

Can I be honest with you? I am really terrible at

NEW POST! Today I'm sharing all about my personal

While January is not magical, it IS my favorite mo

I had about six other things I probably should hav

Today is our first day back in our homeschool grou